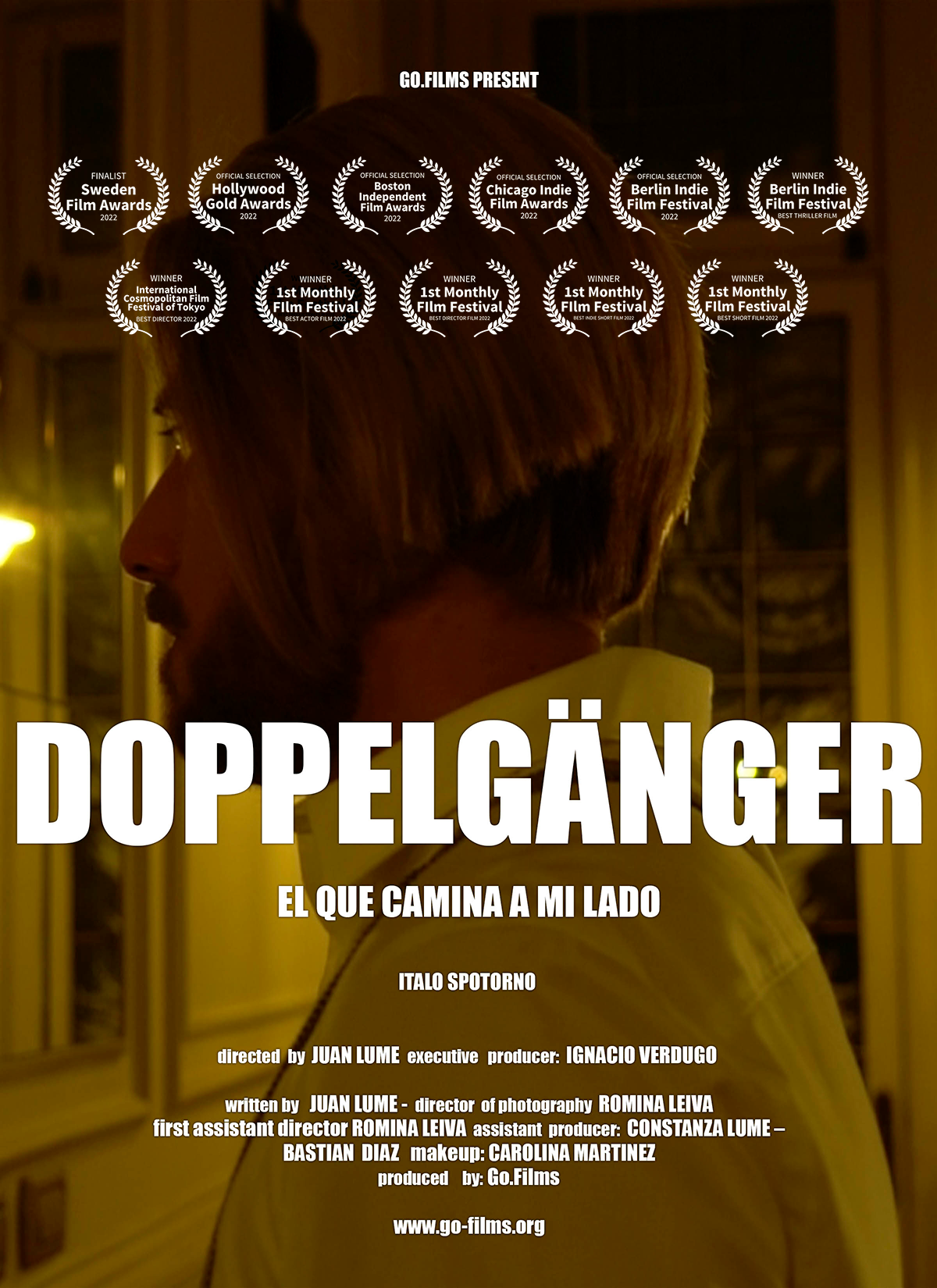 The short film by director Juan Octavio Lume strives to convey the almost archetypal inner world of its protagonist, faced with the universal problems of existential pandemonium, in a reduced setting. With a focus on just a few elements and a structure that relies on their dramatic potential, this seemingly simple work occasionally demonstrates subtle nuances and allusions in a desire to capture a specific state in which the protagonist finds himself. And although through a meager dialogue (monologue) he reveals a dark background story that should explain this situation, its universality leads to the conclusion that this image does not seek to present a specific case, but aims at human fate as of a being cursed by reason, existential crisis, burden of mortality and the emptiness that arises as a consequence of all this. The murder of the parents is an archetypal Oedipal complex: first the father suffers, defeated before he could retaliate, then the mother, who remains at the mercy of her son, and herself seeks to be killed. Revenge on the parents for the very existence of the main character is the source of the whole drama of his constant confrontation with himself and the only real cause of his condition: the very fact that he exists. “Doppelgänger” features an interesting dramatic setting in which we have three protagonists: although the title itself alludes to duality, one cannot avoid the impression that space plays at least an equal, if not more dominant role in creating the atmosphere and moving on the plot, since it takes on the characteristics of its occupant and exposes them more intensely. So the alluded dualism in the title is constantly changing, fluctuating between two human characters, also between Michael and space, while the trinity of these elements in the spirit of Christian doctrine is in fact one character, the mind of the protagonist, which is at the same time a closed world, an individual isolated in it and his double as a mirror of himself, whom he is constantly trying to face in an attempt to solve his elusive problem. All three elements are necessities of one existence in an attempt to define and know oneself and to understand the pain inextricably linked with that same existence. Space is first and foremost the main element of the visual narrative in this film, conveyed through aesthetics quite unpleasant to the viewer’s eye. Heavy, monochromatic colors, saturated with dark tones, which otherwise lie on the warm part of the spectrum, suggest disease and anomaly that eat away at the main character’s soul – an unhealthy state of his spirit, confronted with all dark thoughts and related emotions. Space captures and exposes them all, loneliness, self-condemnation, asceticism, lust, animality and cannibalism, self-destructiveness and at the same time inability to harm ourselves, selflove and self-contempt. Lamps flicker in this space, emitting insufficient, dark yellow light, in it lie heavy shadows, the outlines of the projection of carnal satisfaction, while time seems to stand still. Loneliness and anguish are both present, while two men keep each other company, as well as when the other disappears without a trace in front of the barrel of a gun, as a result of playing with the idea that everything can be ended. Mentioning of the emptiness that arose when the alleged crime was committed is in fact the emptiness of existence itself. An initial image in the film, that seems to simulate the opening and closing of the eye, also simulates this realization that encompasses the entire protagonist world in one blink – reduced to an unpleasant interior in which he is constantly confronted with himself. When it comes to dramatic structure, the already mentioned minimalism seems like a double-edged blade. On one hand, it is effective in conveying the great loneliness of the protagonist’s mind and the fact that nothing else exists in the presented reality, at the same time it simplifies the whole dramatic structure and makes this story too simple and predictable. In its course, it becomes clear very early on that everything presented, including the characters themselves, is a product of one mind, a manifestation of its thoughts and frustrations, so that any further revelation is missing until the end of the film. The inclusion of additional elements, whose function would be both constructive and distracting, seems to be a justified intervention that would make the idea of a closed inner world less transparent and more effective to the moment when its aspects would surface and be recognized. Because, although a common place, often thematized and analyzed in the medium film, this universal motif can justify the story if its development involves elements to which the author gives a personal mark, some innovative solutions and weaves personal insights into well-known pattern. The functioning of the already selected elements is a good basis for this type of upgrade and calls for further experimentation with the dramatic possibilities of the story.